Local Life Magazine’s David Sudworth talks to us about the past, present & future of Windy Arbour Farm Shop, located on the border, between Wigan and St Helens....

1974 will go down as a tumultuous year – one in which ABBA burst onto the scene at Eurovision, the country was almost crippled by a three-day week and, for the first time ever, a humiliated England squad failed to qualify for the World Cup. But for one Billinge family, 1974 marks the start of a journey which all these decades later continues to go from strength to strength. 40 years ago, the Turner family, which by then had already farmed at Windy Arbour for well over a century having moved from Roby Mill in 1860, decided to start selling their own produce. Peter Turner, whose mother Beryl started the Ashton Road shop, is now Managing Director of Houghwood Golf Club on Crank Road. He takes up the story: “It had been a very wet season which meant we couldn’t dig up all the potatoes. It also pushed the prices up that year, so mum started selling them from the farm as well as some eggs. There was a good response and it just took from there.”

Eventually Peter, his late brother John, and John’s wife, Pam, took over the business. Little by little, more produce was added to the range. The distinctive farm logo adorned marketing materials, including kiddies’ pin badges. It seemed as if the Windy Arbour brand was everywhere. From small beginnings, they were now experiencing consistent growth. Between 1983 and 1986, they even held a contract to supply Wigan schools.

Pam recalls: “At one time, there were a lot of farm shops in the area. I think almost everyone had a go at opening a shop but there are very few left now. The family has always had a passion for good produce and that can be seen in the shop today. For instance, we have different sorts of potatoes depending on how people want to cook them – there’s much more variety here than in the supermarkets.

“For the majority of the year, most of our vegetables come from the local area. During the height of the summer we go direct to many farms to collect produce cut just for us, sometimes having it on sale in the shop within two hours of it leaving the field - you simply can’t get fresher.”

John sadly passed away in 2010 but his good work continues thanks to his daughter Rachel Rigby and her husband, Geoff, who now run the farm with assistance from Pam. The changeover came at a time when people were becoming more aware of environmental issues and wanting to know where their food was coming from. As a result, farm shops have experienced something of a resurgence… and Windy Arbour has reaped the benefits. To meet the new demand, the farm not only stocks fruit and veg, it has an array of other produce such as meat, dairy, pastas, jams and preserves, sauces and essential cooking ingredients. Looking around the clean, bright, well-stocked farm shop, it’s clear that locally-sourced and in-season produce is important to the family.

Rachel said: “It’s a family business and we work together as a family. We’ve always had support from people like mum, Uncle Peter and dad. Whenever we wanted to try something new, they backed us and that is fantastic. It was their hard work which has got the farm its good reputation, and it’s now our job to not only keep the trust our customers have in us, but also to build on it. Over the years, people’s tastes and expectations have changed and we always try to match that.”

Geoff added: “Several times a week we get people saying ‘you can get everything here’ and that’s what we try to offer. People nowadays are more interested in where their food comes from, but they are also busy, so convenience is really important. That’s why we are open seven days a week.”

And it seems the farm is in safe hands for some time to come yet. In 2013, Rachel and Geoff celebrated the arrival of their son George… a name which comes from the Greek word for farmer! “Who knows, he may carry on the proud family tradition,” smiles Rachel. 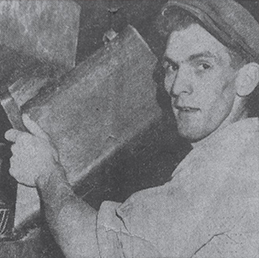 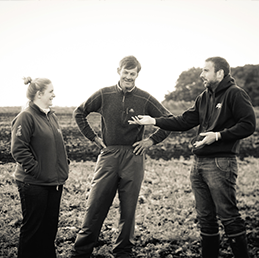 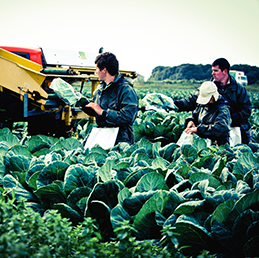 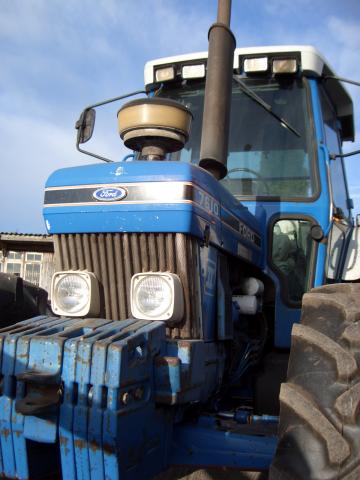